Objective: Evaluate the efficacy of the contents of Kuntai capsules (a Chinese patent medication) by observing the effects on leukemia inhibitory factor (LIF); proliferating cell nuclear antigenting (PCNA) expressions; and endometrial thickness, to better understand the multiple functions of LIF and PCNA proteins and provide an experimental basis for clinical use.

Methods: Twenty procreated Kunming female mice (8-10 months old) and five childless Kunming mice (8 weeks old) were selected. Grouping: twenty adult mice were divided into a three groups by drug concentration (high, medium, and low ) and a control group via a randomized block method. The five childless mice were the young group. The mice in drug groups were fed Kuntai capsules in daily dosages of 180 mg/100 g (high), 90 mg/100 g (medium), and 45 mg/100 g (low), once a day for successive nine days. The mice in control group and the young group were provided equal volumes of distilled water every day.

Conclusion: The contents of Kuntai capsules may significantly ameliorate perimenopausal endometrium-caused negative effects. Mice of all ages were normal, and the protein expressions of LIF and PCNA in mice in the groups differed significantly.

Recent studies [1, 2] have shown that LIF and PCNA proteins expressing in the uterus play an important role in improving pregnancy rates. Most studies have focused on those of child-bearing and child-rearing ages who are unable to become pregnant normally. The studies have not tested older women who are preparing for second children after the implementation of the two-child policy in China. Kuntai capsules, a Chinese patented medication, have been widely-used in treating menopause [3]. In this experiment, Kuntai capsules were administered during older women’s preparation for pregnancy in order to explore their function in improving intrauterine conception environment in addition to any treatment efficacy on the menopausal symptoms so as to provide a theoretical basis for clinical use. 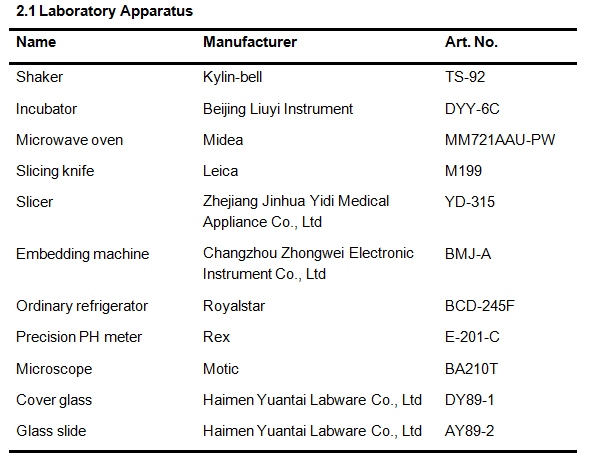 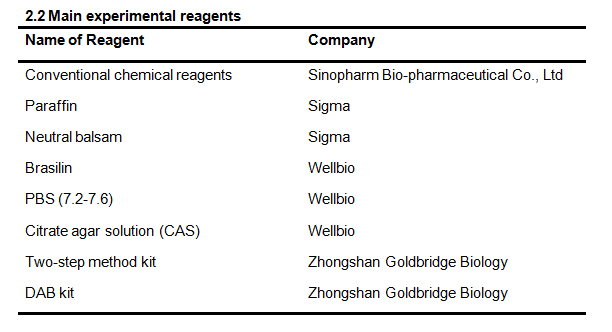 Twenty procreated KM female mice (8-10 months old) and five childless KM mice (8 weeks old) were selected. The twenty adult mice were divided into three drug concentration level groups (high, medium, and low) and a control group via a completely randomized block method. Five childless mice were set as the young group. The mice in drug groups were fed Kuntai capsules with a daily dosage of 180 mg/100 g, 90 mg/100 g, and 45 mg/100 g, respectively, once a day, for successive nine days. The mice in control group and the young group were provided with an equal volume of distilled water every day. They were killed an hour after the last administration. They were then laparotomized and their uteri removed. The uteri were saline washed and fixed in a 10 % formaldehyde solution and stored in the refrigerator at 4°C.

Fixation: The female mice uteri were fixed in a 10 % formaldehyde solution for 24 hours.

Embedding: The paraffined uterine tissues were placed in a cassette and marked, and then embedded with the melted paraffin. The paraffin blocks were then decanted after the paraffin solidified.

3) Heat repair antigen: The slices were immersed into a 0.01M citrate buffer (pH 6.0), and an electric furnace, or microwave oven, heated them to boiling and stopped. The heating was repeated for 6 times after an 8 min. interval. After cooling, they were washed three times in 0.01 M PBS (pH 7.2-7.6) for 3 min;

4) They were then dropped in a 3 % H2O2 for 10 min at room temperature to inactivate endogenous enzymes and then washed three times in PBS for 3 min;

6) Secondary antibody incubation: They were dropped in 50-100 μL anti-rabbit, rabbit IgG antibody - HRP polymer, incubated for 30 min at 37°C and washed three in PBS for 5 min;

7) DAB developing: They were dropped into a prepared DAB developer working solution of 50-100 μL, incubated for 1-5 min at room temperature to control the reaction time in a microscope and washed in distilled water;

8) They were then redyed in hematoxylin for 5-10 min, washed in distilled water, and returned to blue in PBS;

9) They were then dehydrate in alcohol at various levels (60-100 %) for 5 min at each level. Upon removal from the alcohol they were twice, for 10 minutes, placed in a xylene solution. The slices were sealed in neutral balsam, and observed microscopically.

An ordinary computer was used to sample the images.

IPP (Image-Pro-Plus) software was used to analyze the images.

4.1 Expression of PCNA Proteins by Group

Fig. 1A Expression of PCNA Proteins by Group: Control

Fig. 1B Expression of PCNA Proteins by Group: Low concentration

Kuntai capsules contain rehmannia glutinosa, radix rehmanniae, rhizoma coptidis, coptis, radix scutellariae, and poria cocos. The contents nourish Yin to lessen fire, regulate Yin and Yang, and sooth nerves and can relieve restlessness. It can tackle symptoms and improve the menopausal syndrome [4]. Some studies [5] show that Kuntai capsules play a two-way regulatory role in hormone level of the menopausal hormonal levels of female mice, and may improve perimenopausal syndrome under conditions of no change of its endogenous hormone level changes.

This work was supported by a grant from Scientific Research Fund of Hunan Provincial Department of Education (program No.: 15C0158).